A Disability History project: Research about Disabled People in Wolverhampton at the turn of the 20th Century, Activities and research done by Disabled People themselves. 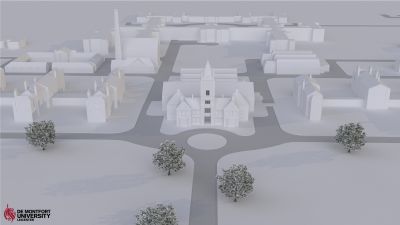 "How to Build a Workhouse"

A strange suicide has taken place at Wolverhampton. Thomas Tompkinson, a cripple, who gained his livelihood by sitting in a basket carriage selling boot laces and other small articles, got his young son to push him along to within a short distance of the canal and then told him to take the carriage home. He then managed to crawl to the canal side and threw himself in

The Wolverhampton Board of Guardians has decided to change the name of the Imbecile ward in the workhouse to the Mental Ward’.

Globe 14 January 1908
Cripple and Nurse
Scene in an infirmary

At Wolverhampton yesterday Martin Murray a cripple inmate of Wolverhampton Workhouse infirmary was committed to trial charged with unlawful wounding three nurses. It was stated that on the morning of December 15, nurse Walker was serving breakfast in the infirmary ward when Murray who was in a terrible rage threw the bread and butter plate in her face fracturing her nose. Nurse Blackmore and nurse Barker, who went to her assistance were struck with the prisoner’s crutch and Blackmore’s case the doctor said that if the blow had been half an inch higher it would have been fatal. Accused, when arrested said ‘I did it because they gave the other patients their breakfast before they gave me mine”.

Martin Murray was Sentence to 15 months

There is a Martin Murray aged 19yrs. can be found on the 1881 UK Census living with his parents Ann and John Murray both from Ireland, head of household John’s occupation is foreman Puddler), The family live at 24, Carribbee Street, Wolverhampton, Staffordshire, England. Matin is a tailor, 3 sisters Annie, Nellie, Elizabeth and a brother Patrick.

1911 UK Census: at 42 Oxford Street Wolverhampton.
In the infirmity column both he and his mother have “cripple”
Living with Mother Ann and 2 sisters Ellen and Elizabeth.