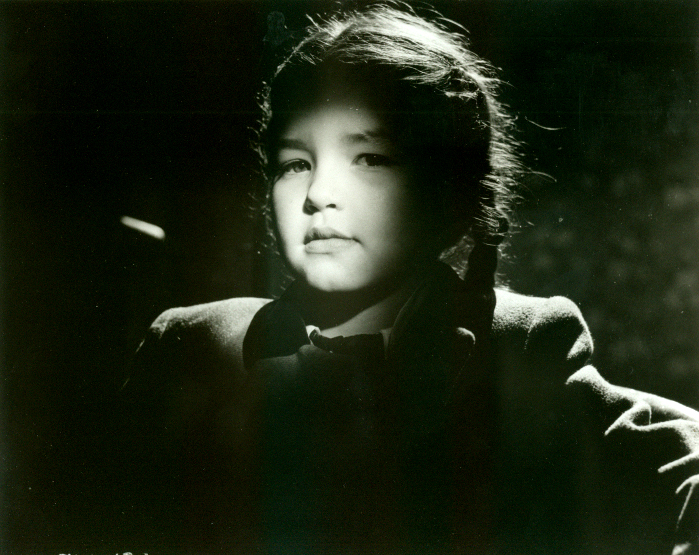 Lara Crooks
The Deaf presenter of BBC 's See Hear
I chose the film Mandy because it gave a strong impact of how a Deaf girl grew up into the unknown and how she had to cope with society's arrogance towards Deaf people.

The big three - the blind, the Deaf and the wheelchair-user

By far the greatest number of particular types of impairment covered on film are  visual and hearing impairments  and the use of a wheelchair. The key reason for this , apart

fro m the ease with which  an actor  can  play such  a  part or a writer think s (s)he can write such a part, is the very nature of the medium as a visual and aural experience .

The visual element of the cinematic  experience,  along  with that of sound, are dimensions  to  be  explore d  by  any  good film maker and , as such, many like to  exploit  the lack  of one or both of those senses on  the  screen.  For many  directors and writers the presence of  a  character  with  a  hearing  or visual impairment allows  a certain  play  with  the  medium - to an audience presumed to be hearing and sighted -in a way that would not otherwise be possible or would, significantly, require considerably more  talent and skill as a filmmaker and /or writer.

The wheelchair, on the other hand, can act very effectively as a form of visual shorthand. Having a character in a wheelchair, if the use is stereotypical, draws a character with sufficiently broad brushstrokes as to as require very little further character development. However, a wheelchair­ using character may be used more effectively and imaginatively (but you may think this a cliche)  to throw the audience a narrative or visual curve ball.

The tendency though has been for the wheelchair-user to signify little other  than a crass stereo type  or  to support a rather weak script by a closing revelation that (s)he is actually a fake paraplegic (sadly, a rather  common  device in a considerable number of British films of the Fifties and Sixties). Only 15% of disabled people use wheelchairs and the largest group of disabled people is in fact the elderly.

Lionel Barrymore - wheelchair-user and film star Lionel Barrymore died in 1954 , aged 76, having spent the las t half of his career in a wheelchair or using crutches owing to arthritis and hip problems. His theatrical family is still flourishing today; his great-niece  is  Drew  Barrymore. He is perhaps most famous for being  in  all  the  Dr  Kildare films of  the Thirties  and  Forties,  in  his  wheelchair  for  the later films of the series. It is worth noting that MGM wanted him to play the wheelchair -using President Franklin D Roosevelt in The Beginning or the End ( 1947) but he was withdrawn from  the picture  for having  been a political opponent of Roosevelt. His most famous film appearances in a wheelchair include The Devil-Doll, It's A Wonderful Life and Key Largo.